Formally conflated under Xeris spectrum, all British specimens in the British Museum of Natural History, were found to be Xeris pallicoxae by Goulet et al in 2015. In pallicoxae the yellowish-white band on the pronotal shoulders is largely smooth between raised peaks, whereas in spectrum the bands are heavily ridged. In lateral view the pronotum of pallicoxae has only sparse pits, whilst spectrum has numerous coarse pits over at least one third of the area such that the margins form raised reticulation.

The females have light reddish brown coxae (black at least on the outer face in spectrum).

Xeris pallicoxae larvae feed in the timber of coniferous trees and take 1 to 3 years to emerge.

Jump to other Xeris species

Map not yet available 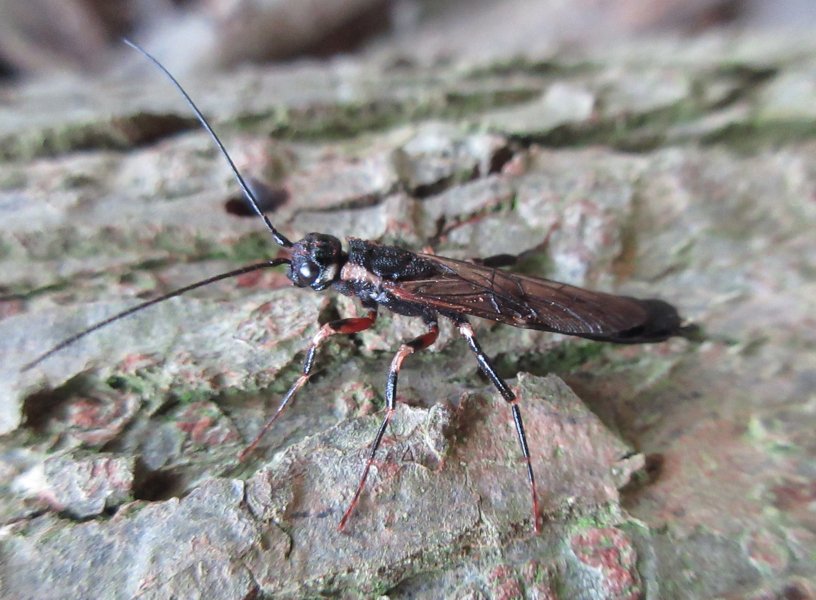