As with all Tenthredopsis species Tenthredopsis nassata is variable in colour. The description given here follows Blank and Ritzau 1998 but it should be noted that British specimens may differ in colour from continental counterparts.

In typical females the ground colour is orange-brown. The abdomen often has a dorsal, black longitudinal stripe, but there is no stripe on the ventral surface. The hypopygium centrally is triangular and only slightly indented at the apex.

The male cannot be reliably distinguished from Tenthredopsis scutellaris. The mesepisternum is often darkened with the pectus usually completely black. The hind tarsi are more or less uniformly light or dark. There is a midline keel on the eighth tergite, which often reaches the base of the tergite. On either side of the keel there is a deep and somewhat oval-shaped depression, at least from the posterior margin to the middle and often to the base of the tergite.

Jump to other Tenthredopsis species 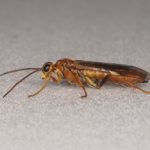 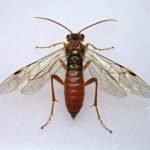 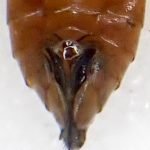 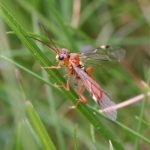 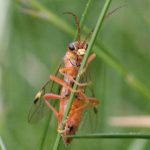 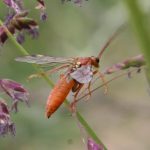 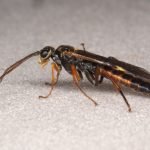 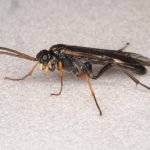 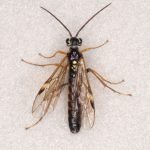 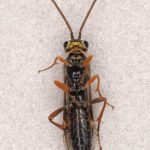 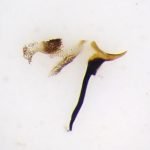