A larger species and often largely reddish in colour though darker forms exist. Although the stigma is unicolorous brown the vein at the basal end can be creamy yellow giving the appearance of a bicolorous stigma in photos. The head above is punctured with a bronze reflection. The antenna is partly pale to varying extent. 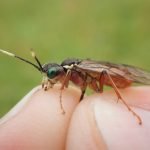 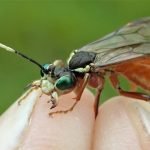 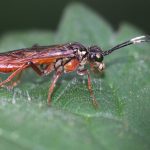