A black and tan species and the commonest in this genus.

This species is very similar to the rarer Strongylogaster xanthocera.

Males are rare in multifasciata whereas S. xanthocera males are more frequent than females. Males of multifasciata have the first tergite marked with yellow on the lateral faces and the yellowing is greater on tergite 2. In the male of xanthocera the abdomen has the first tergite black right to the lateral margins and usually with at least the second tergite black also.

Jump to other Strongylogaster species 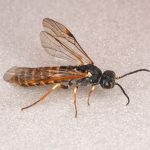 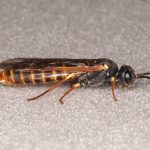 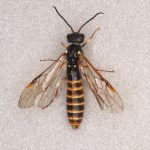 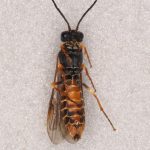 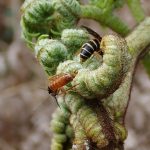 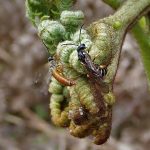 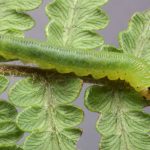