The only species of this genus to be represented here. The long, slender insect is predominantly light green to pale yellow with a black head, black patches on the mesonotum and a distinct black patch covering the mesosternum. Colour fades to straw in death. The abdomen may also be marked with black in part.

Stromboceros delicatulus larvae feed on ferns, including bracken, in woodland. Larvae are green with bristled warts and two dark elongate spots on the vertex. When disturbed they fall to the ground, thrashing wildly from side to side in the way that some lepidopteran caterpillars do. Mature larvae go to ground after emptying the gut but before changing into the eonymph.

Jump to information on the genus Stromboceros 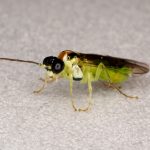 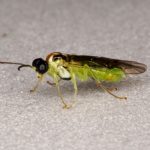 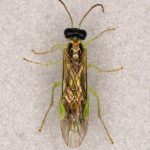 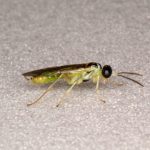 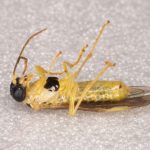 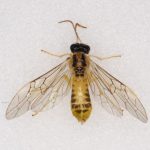 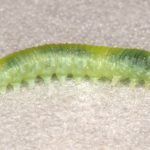 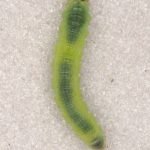