A sawfly of meadows and grasslands. A variable species both in terms of lightness/darkness and in terms of morphology. The male is mostly a browny-black but usually with a paler orange-brown hypopygium. The male has a square to rectangular projection at the apex of the eighth tergite which is rounded or truncate at the end and, at most, minimally indented at the base of the projection. The projection may be pale or darkened centrally. The female is marked with orange-brown to a greater or lesser extent. Benson treated clitellatus and truncatus as seperate species, but these are now considered as one under clitellata. Euura kirbyi may also be a variant of clitellata. Further work on the group is needed. 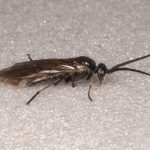 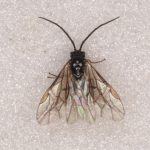 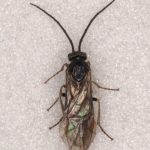 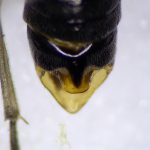 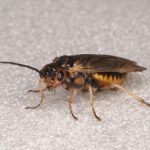 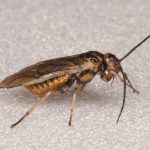 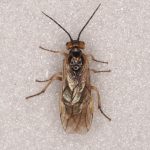 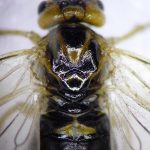