Females are a broadly dull dark insect with yellow on the head between the antennae and yellow also are the two basal antennal segments, tegulae, legs and posterolateral flecks on tergites 3 to 7. Darkness of the abdomen is variable from black to yellowish-brown.

Males are lighter and have the face and forward parts of the frons yellow with the genae more or less black. The abdomen is often an orangey-brown colour.

Neurotoma saltuum larvae feed in communal webs of up to 60 individuals. 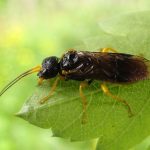 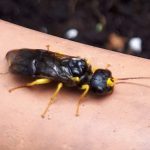 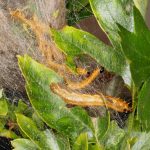 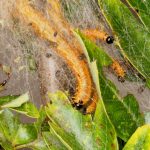 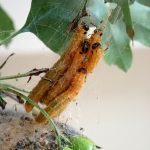 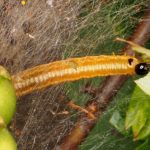 Viitasaari, M. ed., 2002. Sawflies (Hymenoptera, Symphyta), I: a review of the suborder, the Western Palaearctic taxa of Xyeloidea and Pamphilioidea. Tremex Press.