This species overwinters as an egg and subsequently adults emerge late in the year. The female is mainly reddish-brown excluding parts of the mesonotum and basal tergites. The male is black except for the underside of the abdomen.

Neodiprion sertifer larvae feed gregariously on old needles on pines, especially Scots pine. They can be prolific and cause damage to young trees. The larvae usually cocoon amongst the pine needles in the tree.

Jump to other Diprionidae genera and species 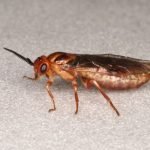 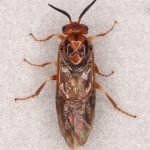 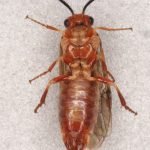 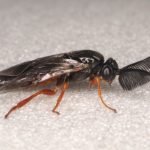 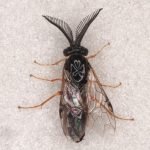 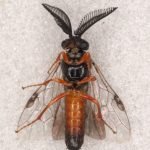 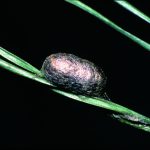 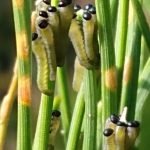 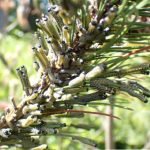 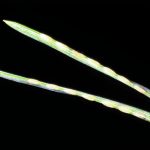 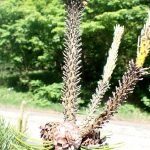