Together with Pachyprotasis, the Macrophya have an elongated hind coxae and an elongated hind femur, which is itself about as long as the hind tibia. This gives the hind legs an overall appearance similar to that of the spider-hunting wasps, or the crickets and grasshoppers. The apical hind tibial spurs are much longer than the apical breadth of the tibia. The antennae are shorter than those of the Pachyprotasis at scarcely twice the width of the head and with the third segment at least one and a half times longer than the fourth. Three of the species (blanda, duodecempunctata and annulata) have a metepimeral appendage: a small round, oval or triangular sclerite located just beneath the hind wing at the juncture of the thorax and abdomen.

Of the 30 or so species present in Europe, 10 are found in Britain and two (duodecempunctata and punctumalbum) are found in Ireland. Larvae vary from the monophagous species that feed solely on elder, to oligophagous species which feed only on members of a certain plant family.

Key to the Macrophya species of Britain and Ireland 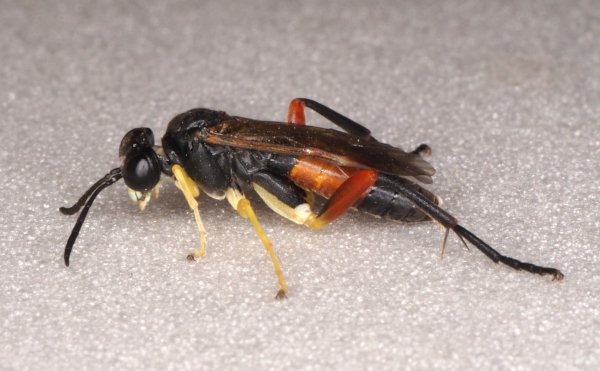 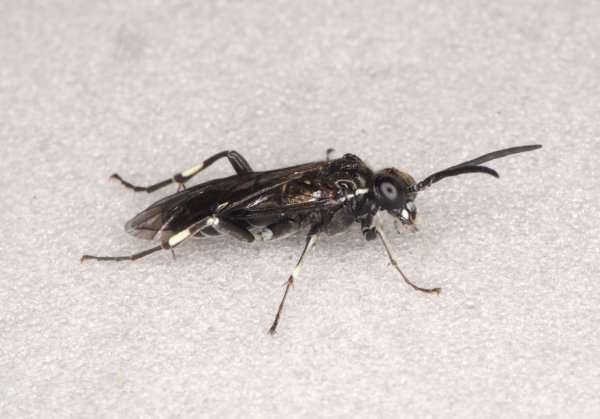 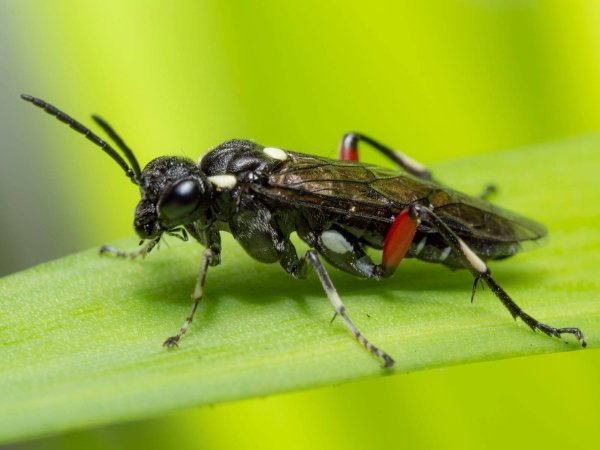 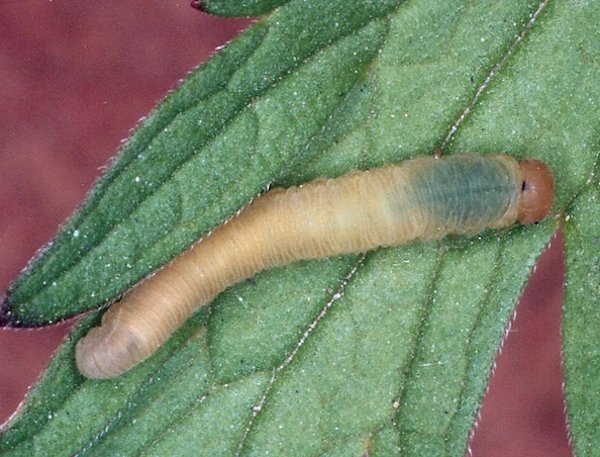 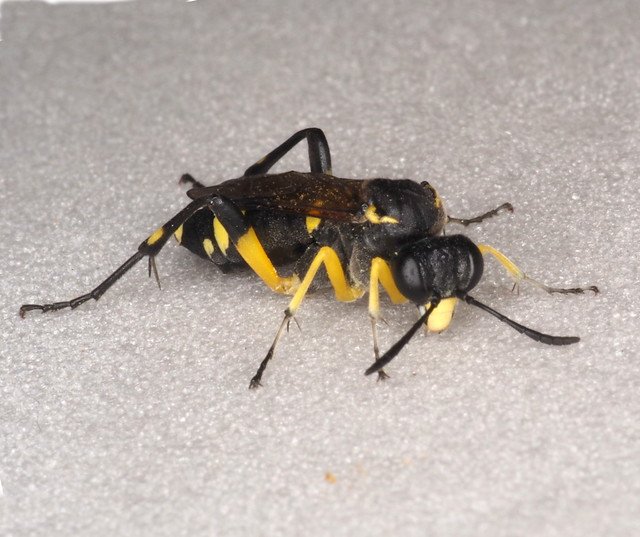 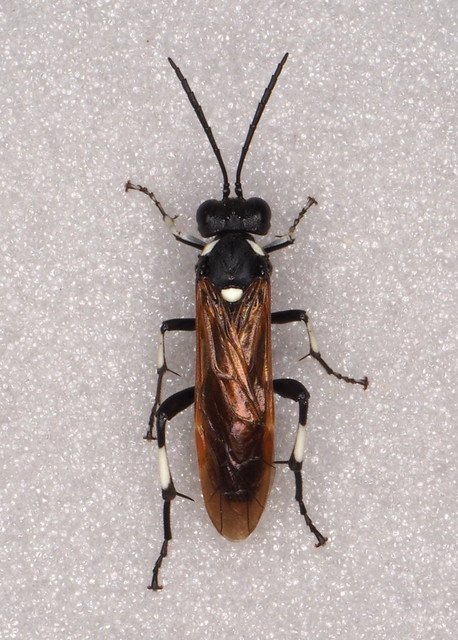 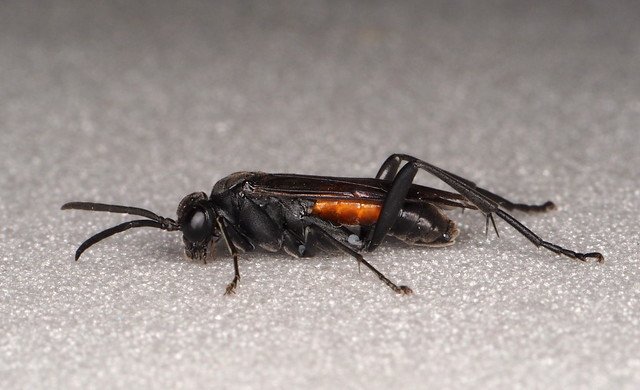 Gibson, G. A. P. 1980: A revision of the genus Macrophya Dahlbom (Hymenoptera: Symphyta, Tenthredinidae) of North America. - Memoirs of the Entomological Society of Canada, Ottawa 114: 1-167.