This species has black stigma and the base of the femur in both sexes is yellow and black at the apex. The abdomen of the female differs from that of the male. In the female, the fifth and sixth tergites have broad lateral yellow flashes and the ninth is yellow on the dorsal face. These markings are occasionally white. In the male, the abdomen is black, but the legs are distinctively coloured with the front four entirely pale yellow and the hind legs entirely black with white feet. Adults often visit umbellifers, especially hogweed, sometimes in large numbers, and in shrub or wooded areas.

Macrophya montana larvae feed on dewberry and similar members of the blackberry family.

Jump to other Macrophya species

Flight period: May to June in the south, August to September in northern Scotland 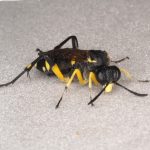 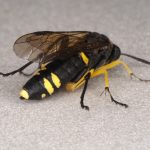 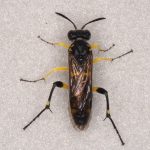 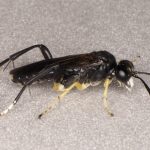 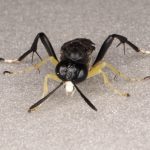 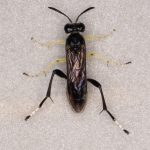 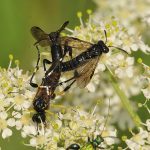 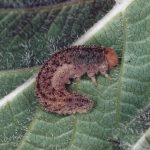 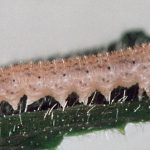 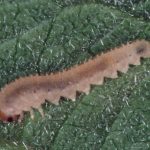