The female is very striking with its black and white body and orange wings with yellow stigma, costa and subcosta. The wings in the male are pale brownish and the venation is dark (although the stigma is still yellow in the centre). The white on the male is much reduced but both sexes have white flecks on the lateral face of some of the apical tergites. This species is associated with marshy areas.

Jump to other Macrophya species 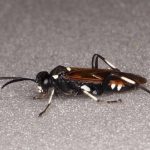 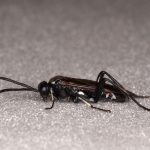 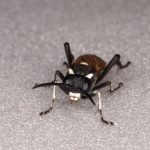 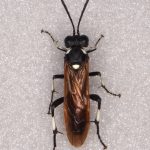