Fossilised Xyelidae from the Triassic period, approximately 200 million years ago, are the earliest recorded hymenoptera. Globally the family contains about 84 species in 39 genera. In Britain, three species occur within the genus Xyela.

Xyelidae are small sawflies usually less than 5mm long. They are characterised by having leg-like antennae where the basal eight or so flagellomeres are fused into a single segment and apical to that segment are nine slender flagellomeres. Most species belong to the genus Xyela. Uniquely, in the forewing the Rs vein is divided into Rs1 and Rs2 towards the apex.

Adults are rarely found but visit immature pine cones on mature pine trees, or nearby pollen-bearing plants like birches and willows in early spring. Females have a very long ovipositor.

Larvae are free feeding on the male catkins of pine trees. There are legs on each abdominal segment although these are obsolete. In Britain Pinus sylvestris and Pinus nigra are known host trees. 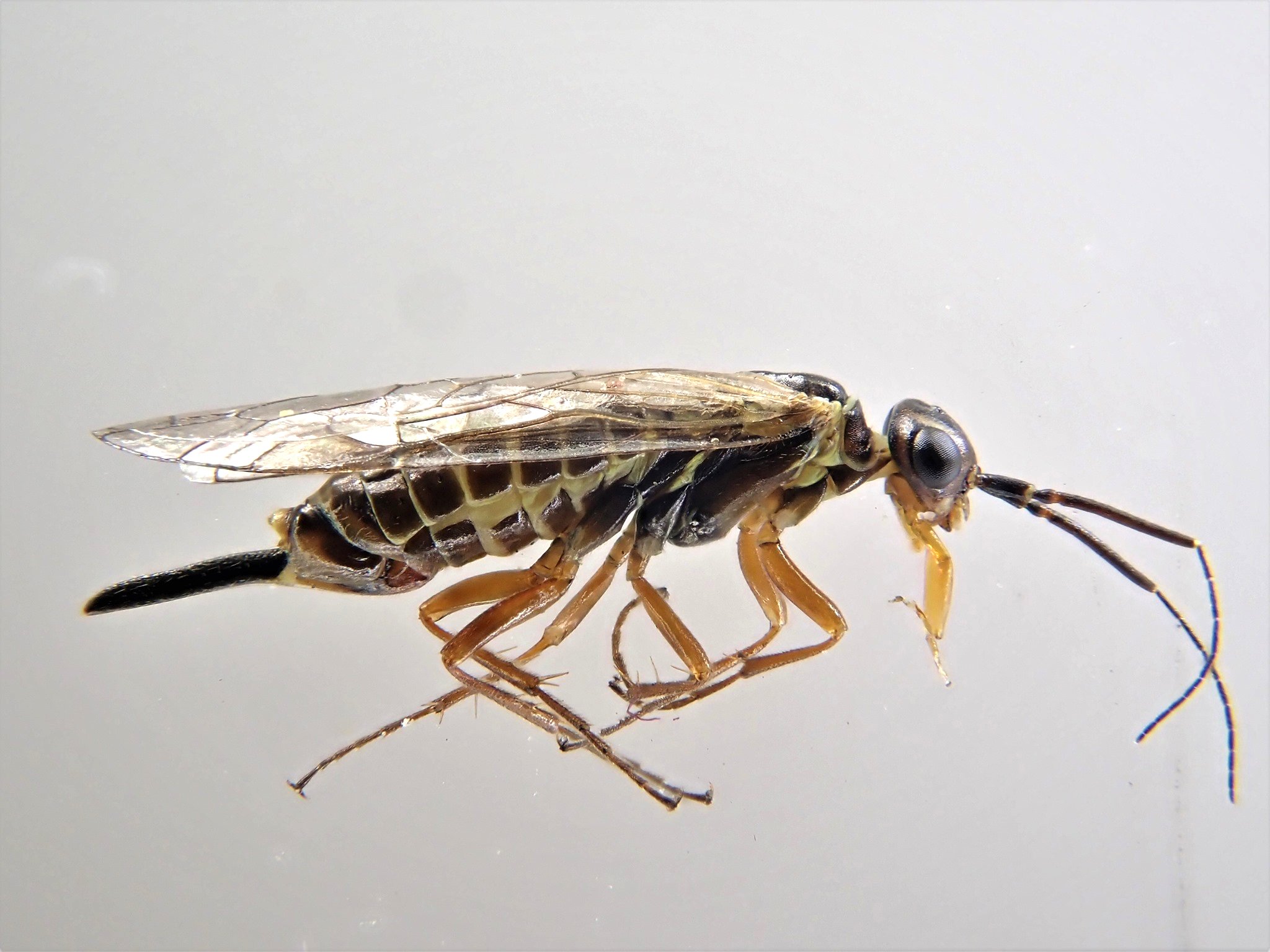 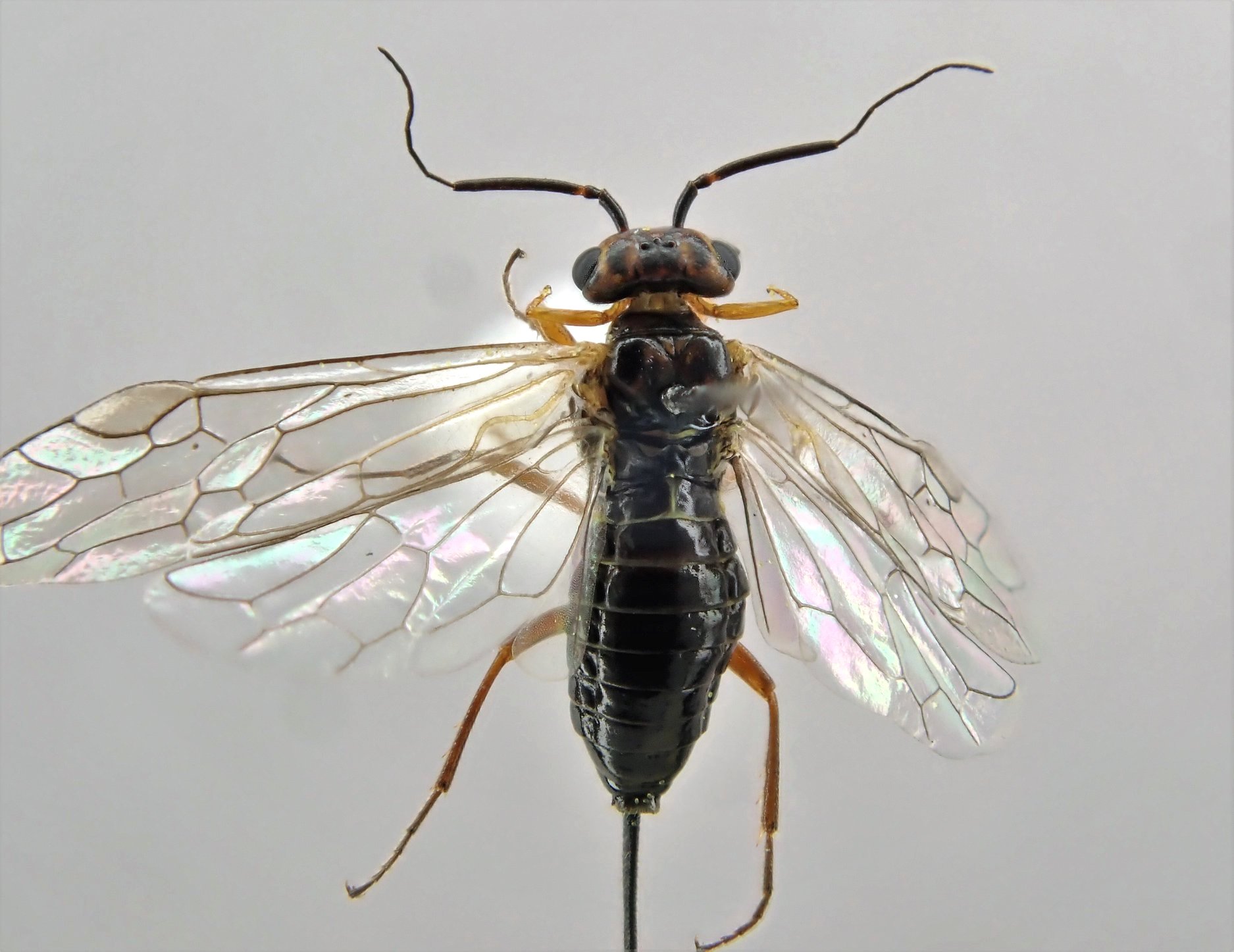 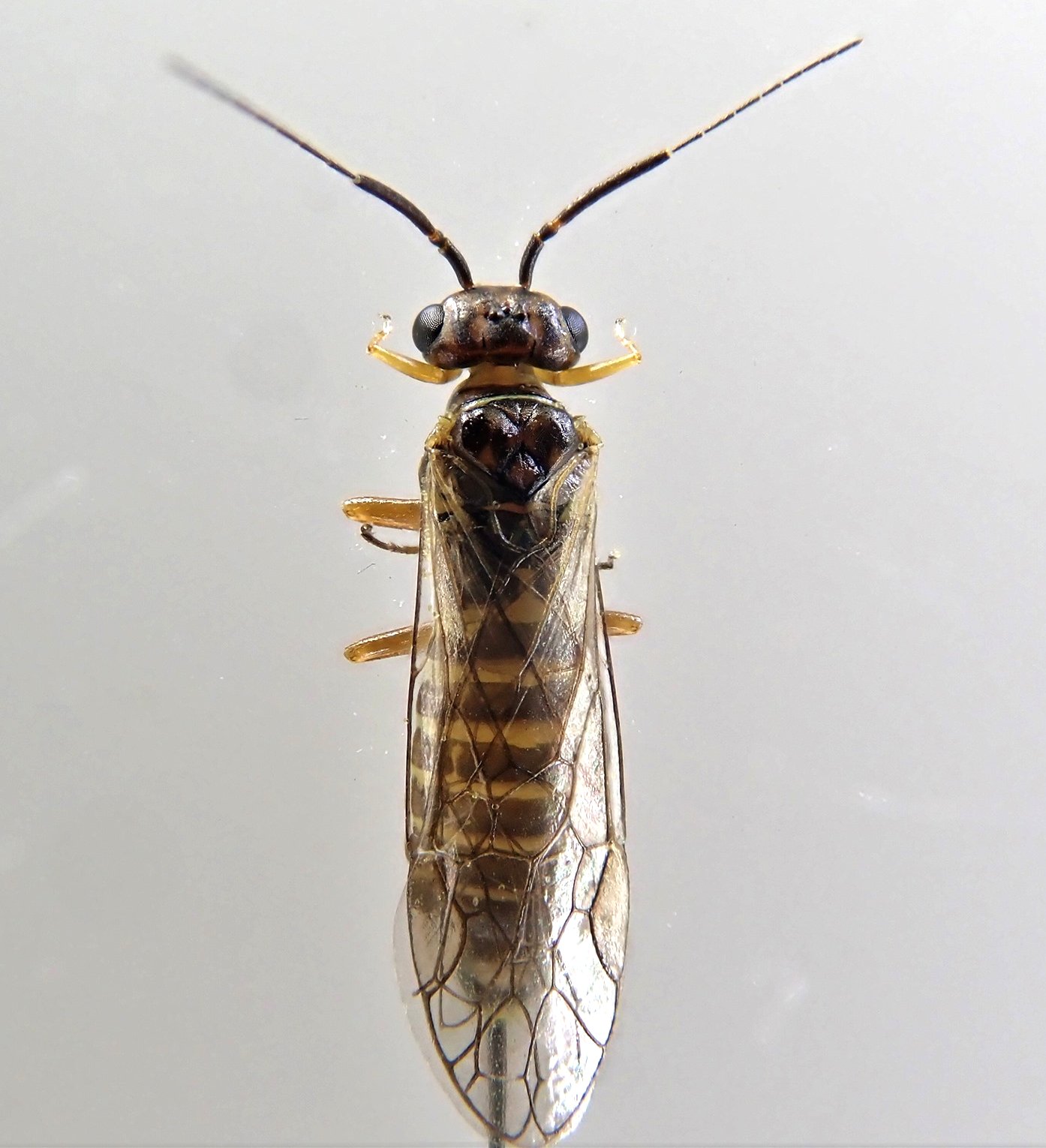 Goulet, H., 1992. The Insects and Arachnids of Canada. Part 20. The genera and subgenera of the sawflies of Canada and Alaska. Hymenoptera: Symphyta. Agriculture Canada Research Branch, Canada Communications Group–Publishing, Ottawa