They are stocky, heavy-built insects that are slow to take flight. Adults of Argidae can be distinguished from other families by the flagellum of its antenna being fused into a single long segment and by the metapleuron being fused to the basal tergite. The flagellum is slightly club-shaped (sub-clavate) in females. In the male of Arge species, the flagellum is uniform in thickness with short setae on the underside. In males of Sterictophora and Aprosthema, each flagellum is shaped like a tuning-fork (bifid). Vein 2r is absent from the forewing, but this feature is not restricted to the Argidae. The cenchri are very large with the gap between them being narrower than the width of one cenchrus. The front tibia has a pair of unmodified apical spurs.

Globally there are about 900 species of Argidae comprising over 50 genera. This makes them the second largest family of sawflies. They are distributed throughout the world but the majority occur in the Neotropical Region. In sub-Saharan Africa they are the most prevalent family.

With a few exceptions, the Argidae larvae feed on angiospermous trees, shrubs, and herbaceous plants.

Within the UK, the Argidae are represented by 20 species in 4 genera: Arge, Aproceros, Aprosthema, and Sterictophora. Sixteen of those species are in the Arge genus. 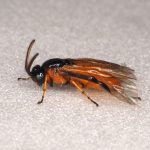 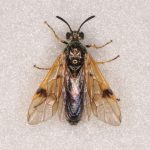 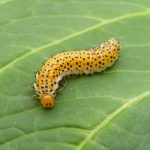 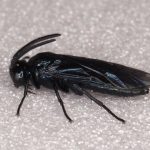 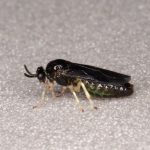 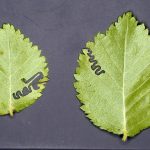