A conspicuous metallic species. In females, the black head and abdomen have a blue-green sheen and the pronotum is marked with red. Males are entirely black but the thorax and head can appear tarnished with metallic greens, blues and bronzes. In both sexes, the lateral lobes of the mesonotum are well punctured. Males best determined by penis valve shape. 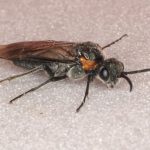 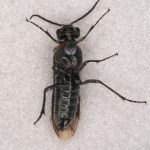 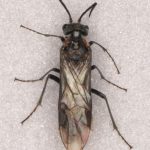 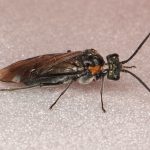 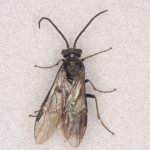 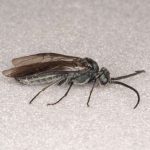 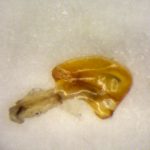 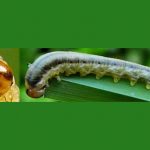