In the female the side lobes of the mesonotum are entirely black in contrast to the usually orange middle lobe and pronotum and orange abdomen. The legs are black.

In the male, the mesonotum is entirely black. The abdomen is yellow except for the black first tergite and apical tergites. The Males can be separated from those of Dolerus madidus by the mesopleura, which are heavily sculptured into a honeycomb of craters, and the shape of the penis valves. 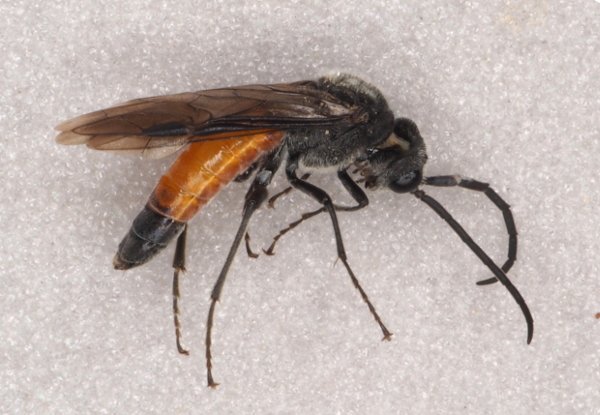 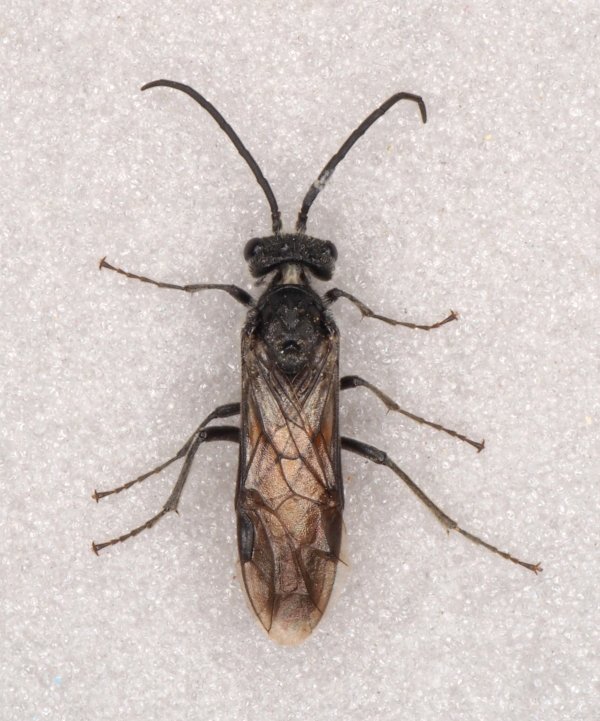 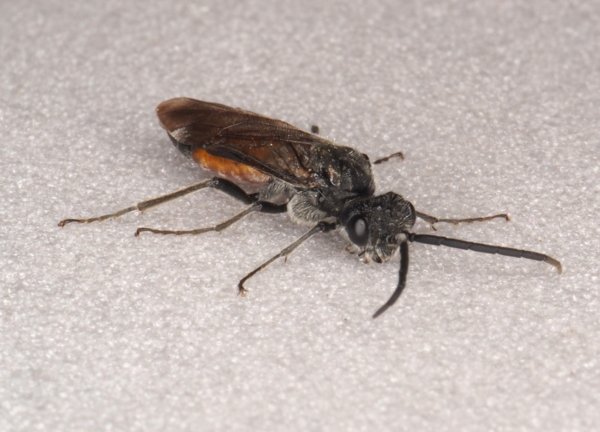 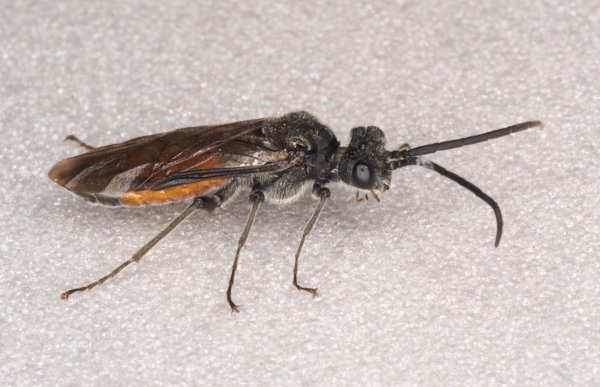 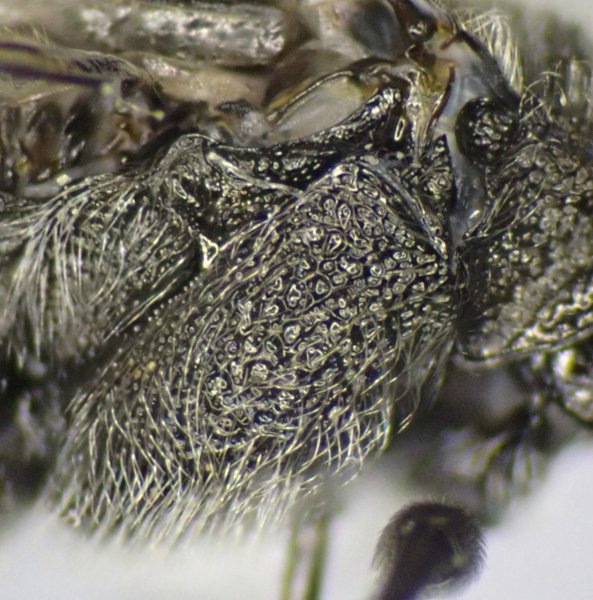 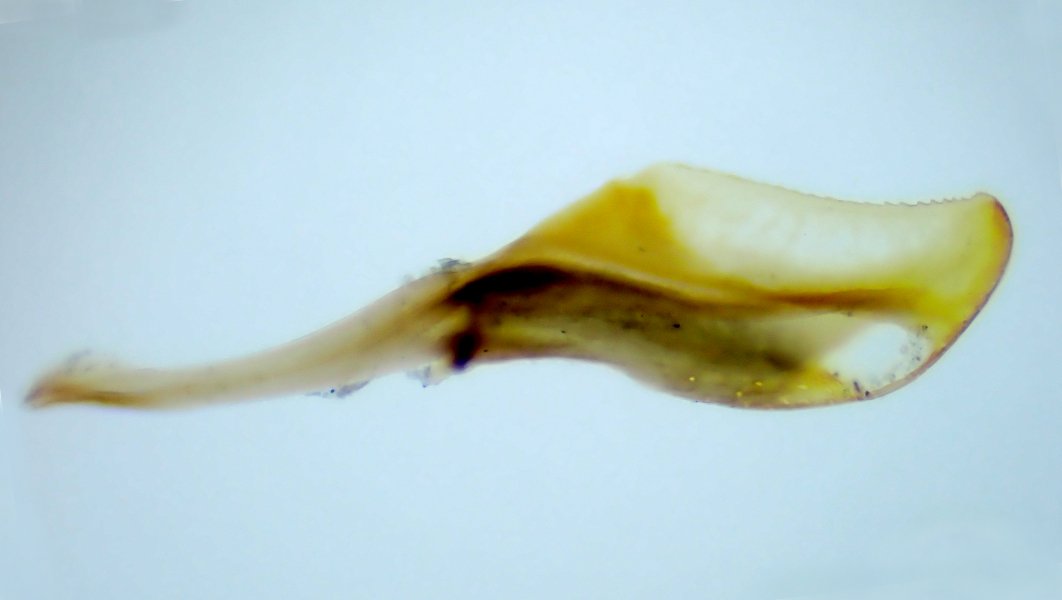