One of four Nematus species in Britain and Ireland characterised by the enlarged basitarsal segment. This species is dulled in the centre of the upper part of the mesopleura by coarse, rugged microsculpture so that the punctures are scarcely discernible. Can be difficult to separate this species from Nematus latipes. In septentrionalis the hind ocelli are closer together than the distance to the hind margin of the head (1:1.2). In latipes the hind ocelli are as far apart as the distance from them to the hind margin of the head (1:1). Note that in Ireland there is a dark race, Nematus septentrionalis var. stephensii, with an entirely dark abdomen and entirely dark hind femora.

Nematus septentrionalis larvae feed gregariously on various trees and shrubs but mainly alders and birches. Eonymphs overwinter in a cocoon in soil, pupating in spring.

Jump to other Nematus species

Flight period: Bivoltine. May to June and July to September 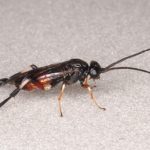 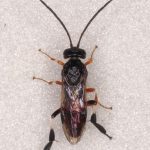 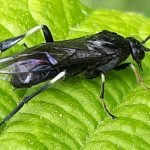 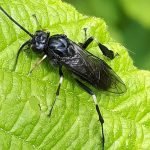 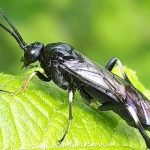 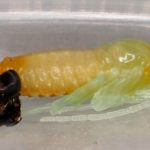 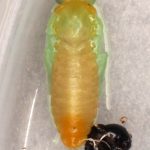 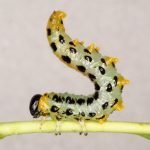 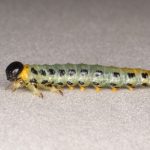 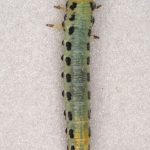 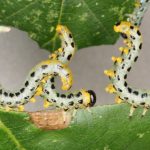 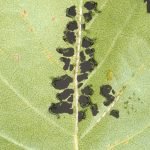 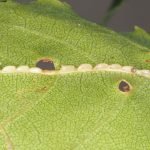 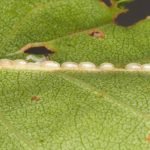