Arge gracilicornis is one of the black species. The apical margins of the wings are finely ciliate. Cell 2RS of the forewing is wider at the top than at the bottom due to vein 3rm being sinuate.

Larvae feed on raspberry and brambles.

Jump to other Arge species

Status: Commonest in the south.

Flight period: Uni- or bivoltine, May to June and sometimes July to September 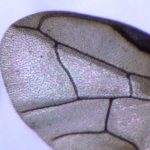 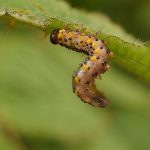 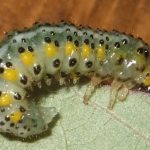